The Farmstand of All Farmstands Is Just Outside of Seattle 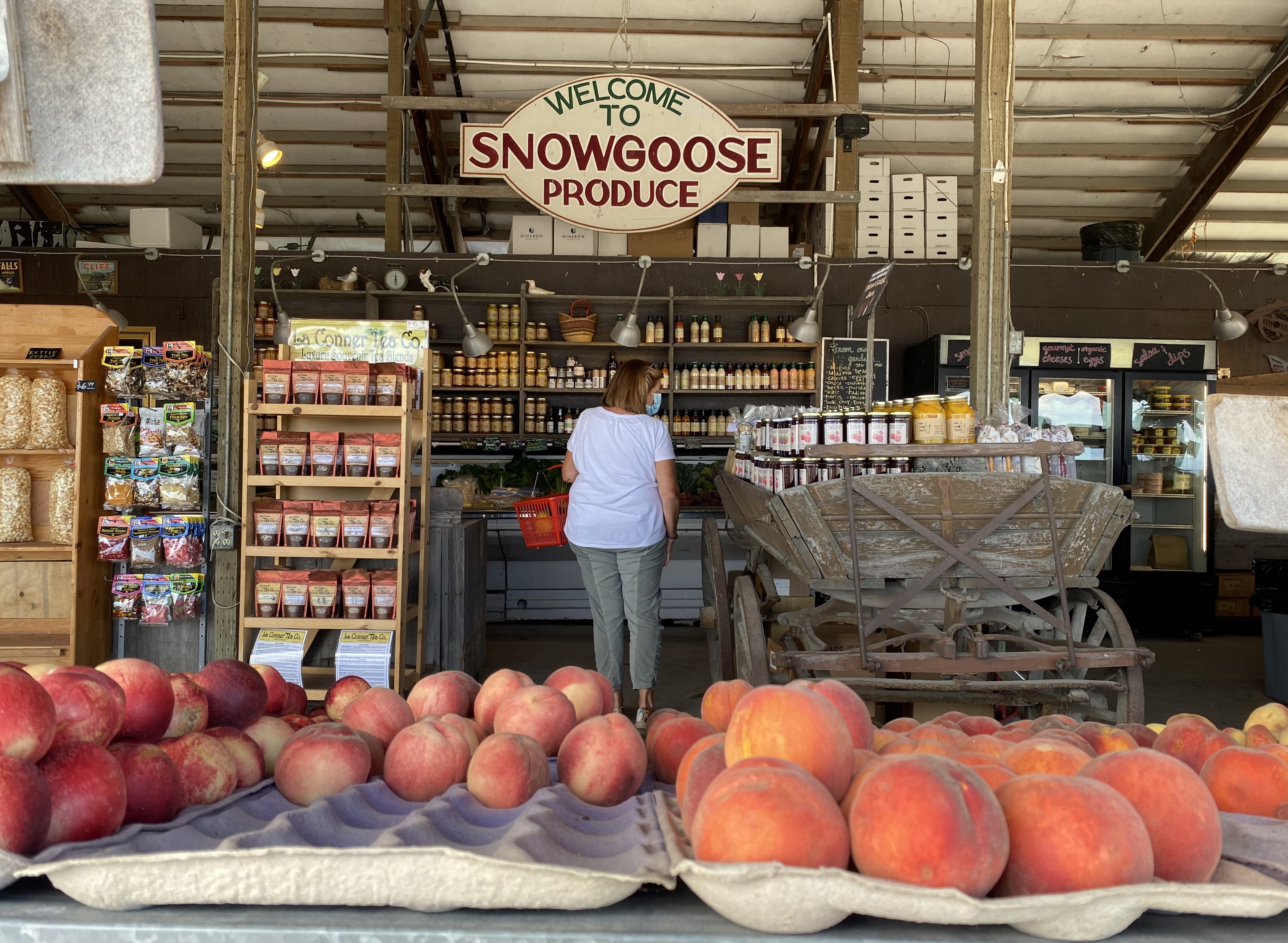 Two bins full of freshly caught Dungeness crabs were hauled into Snow Goose Produce just as I made my first round through the open-air produce stand just outside of Seattle.

I’d already been eyeing the glistening filets of king salmon troll-caught on the Washington coast, not to mention the various-sized oysters buried beneath piles of ice nearby. My red basket was already full of kale, corn, and heirloom tomatoes, plus a baguette from the nearby artisanal bakery Breadfarm.

You may already know where this is going, and, yes dear reader, it’s true: Snow Goose Produce is the farmstand of all farmstands, and you’ve got just over a month to stop by the Skagit Valley to pick up your own batch of fresh produce.

Woven baskets, nets, and a fishing boat hang from the ceiling at this market in Mount Vernon. The stand is open seven days a week, but the last day of the season will be Oct. 10.

So, while you can, grab sweet Walla Walla onions, or acorn and buttercup squash. You can also peruse Snow Goose jellies and preserves, spanning flavors from red currant to ginger and fig. There are also colossal beets, suyo long cucumbers, pickling cukes and much much more. If you’re wondering, is this actually a full-on farmers market? I can assure you that, no, it is literally one produce stand.

I haven’t even gotten to the beer and wine section, which features bottles from Washington producers and beyond. Did I mention there’s also an ice cream counter dishing up “immodest” scoops of nearly 50 flavors from local creameries in handmade waffle cones?

Mike and Mary-Louise Rust started Snow Goose Produce in a barn way back in 1984 before it evolved into a produce stand now run by their son Vico and his wife Erika, according to the family’s website. This is one stop that’s worth your while—just venture over the Skagit River and onto Fir Island Road.

Get one year of Sunset—and all kinds of bonuses—for just $24.95.